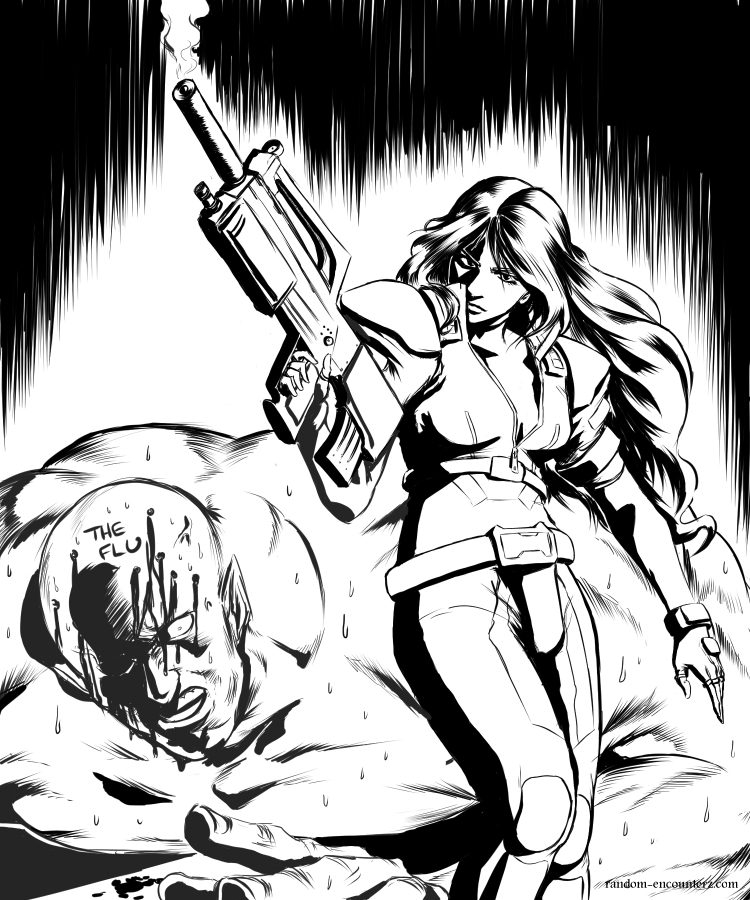 The Sickness 2: The Sickening

Tea’s been ridden with a flu like sickness for the past six days, so production may be a bit slow for the next few posts. In the meantime I will do my best to cover for her with short comics or illustrations such as this. Since I gave an awesome illustration for my sick day a while back, I decided it was time to give Tea one as well. She requested a Ghost in the Shell inspired piece. So far I’ve avoided the illness so far, but such luck may not last long. Fingers crossed!

Let us know what you think! Cancel reply